Support Each Other Initiative Feeds 250 Daily

Sister restaurants The Wharf and Grand Old House supply free meals to tourism workers stranded in the Cayman Islands and struggling to survive with no visitors and no income. 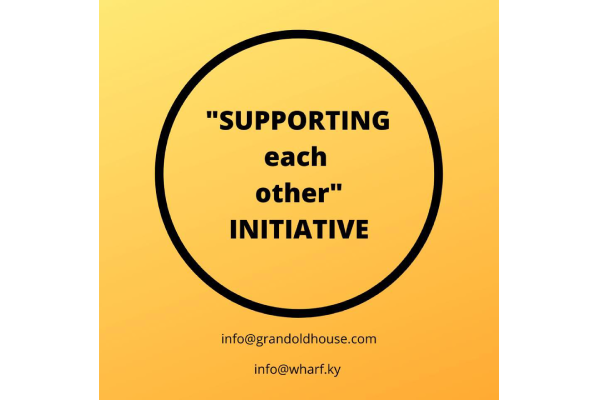 The ongoing COVID-19 pandemic has devastated the global travel industry and the pain is particularly hard to bear in popular tourist destinations like the Cayman Islands. Tour companies, restaurants, hotels and a host of service businesses have had to shut their doors indefinitely, leaving large numbers of staff without work or an income. Almost everyone’s livelihood has disappeared.

This is particularly hard for the large number of expatriate staff with no local support network or chance to leave the islands and return to their homeland while the countrywide lockdown is in place.

The Wharf and its jointly owned sister restaurant Grand Old House know first-hand how business owners and their staff are trying to cope with no tourists and strict local curfew rules. The two popular Cayman Island restaurants employ a large number of staff. But instead of shutting their doors and putting business on hold during the lockdown, they decided to help workers in need, those struggling to survive with no income.

The Supporting Each Other initiative was set up by The Wharf and Grand Old House to provide free daily meals from their own kitchens to laid-off workers as well as their own staff. The restaurants’ meals are distributed through local charities that include Acts of Random Kindness, Family Resource Centre, Meals on Wheels and church organizations.

Forced to shut due to the curfew, the two restaurants began preparing free meals for their own laid-off workers. With large numbers of workers across the entire tourism and hospitality sector stranded in the Cayman Islands with no income and no way of supporting themselves, the Supporting Each Other initiative took off. Its simple philosophy: “We can’t help everyone, but everyone can help someone.”

Since launching the program on March 23 The Wharf and Grand Old House now distribute more than 250 meals each day to displaced workers in need, using supplies of food and drinks donated by a number of local businesses and farms as well as donations of cash from some of their regular customers. Staff, who in normal times enjoy a reputation for serving the best food in the Cayman Islands, volunteer their time for free and special permission had to be sought from the government to open kitchens during the curfew.

Support Each Other relies on the dedicated work of the restaurants’ unpaid volunteers, the generosity of suppliers, and cash donations from regular customers.  All donations flow directly into the Supporting Each Other initiative to prepare meals as well as support the important work of charities such as Meals on Wheels and Random Acts of Kindness.

The Wharf and Grand Old House are determined to keep the Support Each Other initiative going for as long as the crisis lasts and for as long as they and their supporters have the ability to provide free meals to tourism and hospitality workers as they struggle to survive while their lives are on hold.