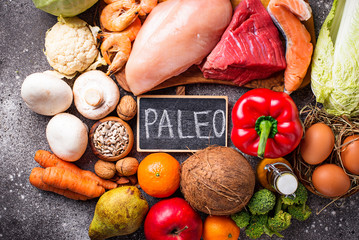 Paleo-Friendly Food at The Wharf

A paleo diet, an eating plan based on the foods that were eaten by our ancient human ancestors, is said to provide a number of benefits over the modern diet.

A paleo diet relies heavily on lean meats, fish, natural products, vegetables, nuts, and seeds — food that sustained hunter-gatherers of the Paleolithic era for two-and-a-half million years before the advent of farming about 10,000 years ago.

Also known as the Stone Age diet, the mountain man diet, or the caveman diet, the point of a paleo diet is to go back to the types of food that early humans ate before farming and before the modern diet emerged. Our genetics, the theory goes, are not suited to a diet that includes large amounts of dairy, grains, and legumes.

Restaurants in West Bay, Grand Cayman, are famed for their fresh seafood, a paleo staple. The Wharf’s menu, while famed for its wide range of sinful desserts and rich entrees, also has plenty to offer the budding caveman, such as the perennial local seafood favorite, the conch stew. Conch meat is firm and white and is prepared in a variety of paleo-friendly ways, including stewed conch, conch salad, and steamed conch.

Seafood ticks all the paleo boxes and fish, particularly, is king when you dine in the Cayman Islands. Paleo-friendly dishes in The Wharf’s menu include fresh lobster, Cayman turtle steak, and our signature dish, a basil and pistachio nut-crusted sea bass.

Supporters of the paleo diet say our bodies have not had time genetically to evolve enough in 10,000 years to accept such a radical change in diet. They say moving away from the simple foods of our hunter-gatherer ancestors has given us modern health problems such as diabetes, obesity, and heart disease, even allergies.

It could be easy to dismiss these proponents of this ‘discordance hypothesis’ as mere followers of a silly and potentially dangerous food fad. Indeed, a diet completely lacking in dairy and grains could lead to debilitating deficiencies in fiber, vitamins, and other nutrients, protein and calcium.

But the paleo diet, like the Mediterranean diet or a diabetes diet, does offer some benefits by avoiding fatty and heavily processed foods, refined sugar, and salt. A paleo diet has been shown to lower cholesterol and improve weight loss, glucose tolerance, and blood pressure control. These are all important considerations when planning the menu for the leading family-friendly restaurant in the Cayman Islands.

Caribbean cuisine includes several varieties of salad that fit the paleo diet requirements very well and can include protein-rich content like chicken breasts, local catch of the day, salmon filet, garlic lobster chunks, garlic shrimp skewer and catch of the day to make it a balanced meal. A spinach and arugula salad with tropical fruits, pineapple, and coconut dressing is another healthy option and ideal for the health-aware, paleo-curious diner.

Dieticians do not recommend adopting a strict paleo diet long term because of the possible dietary deficiencies. But by following the general theme of it and including some grains, legumes, and low-fat dairy, you are already following basic health and nutrition guidelines that say we should take plenty of exercises and eat a balanced healthy diet with lots of fruit and vegetables.

The exercise is up to you. We are proud to offer the rest as part of the Wharf’s commitment to providing fresh, healthy, and delicious menu items in a magnificent setting.