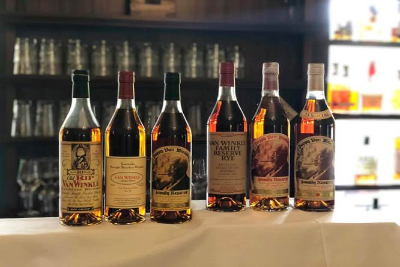 The history of bourbon is distinctly American, but it is enjoyed the world over – and especially in the Cayman Islands!

While many sources contend that bourbon whiskey was named after Bourbon County, Kentucky, an expert on the subject, Michael Veach of Louisville, Kentucky, says otherwise. Veach is a former archivist for United Distilleries in Kentucky Bourbon Country and has spent decades studying bourbon history

According to an article by Laura Kiniry on Smithsonian.com (June 2013), quoting Veach, “’ … the story that the name ‘bourbon’ comes from Bourbon County doesn’t even start appearing in print until the 1870s.’

“Instead, Veach believes the name evolved in New Orleans after two men known as the Tarascon brothers arrived to Louisville from south of Cognac, France, and began shipping local whiskey down the Ohio River to Louisiana’s bustling port city. ‘They knew that if Kentuckians put their whiskey into charred barrels they could sell it to New Orleans residents, who would like it because it tastes more like cognac or ‘French brandy,” Veach said.

“In the 19th century, New Orleans’ entertainment district was Bourbon Street, as it is today. ‘People started asking for ‘that whiskey they sell on Bourbon Street,’ he said, ‘which eventually became ‘that bourbon whiskey.’ Still, Veach concedes, ‘We may never know who actually invented bourbon, or even who the first Kentucky distiller was.’”

Bourbons in the Cayman Islands

For the best bourbons in the Cayman Islands, visit this waterfront restaurant in Grand Cayman. You will enjoy not only fine dining, but also rare and exceptional bourbons.

According to Buffalo Trace Distillery, which itself produces some of the Van Winkle lines, and produces others lines in partnerships, “Van Winkle Special Reserve is the perfect combination of age and proof. This sweet, full-bodied whiskey has been described by some as ‘nectar.’ The 12 years of aging and medium proof seem to be just right in creating a very pleasant drink of whiskey. This fine bourbon can compete with any excellent cognac as an after-dinner drink. The overall impression is rich and deep.”

Also, it must be noted that Old Fitzgerald, bottled in bond in 1975, a gallon bottle – the last release of Julian “Pappy” Van Winkle - is also available at this restaurant in the Cayman Islands. This particular bottle is really a collectors’ item! “…Old Fitzgerald was ‘Bottled in Bond, which means it was issued at 100 proof under U.S. government supervision. However, some BIB versions were not 100 proof. Those were for export, and U.S. labeling rules didn't apply,” according to the L.A. Whiskey Society.

The best way to enjoy these very special bourbons is to make a reservation here for a full evening of spirits, fine dining and stunning waterfront views.