Fish based Food in Cayman - The Unforgettable

Grand Cayman is a little slice of heaven on the earth for any person having a discerning palate and a thing for nature’s beauty. It is said that one of the best ways to get the taste of the islands is by hitting upon any of the fish cuisines in Grand Cayman. With the mouth-watering delicacies, one cannot help feeling blessed for its mere existence. The traditional cuisines of the Cayman Islands are moderately influenced by other Caribbean countries like Jamaica and Trinidad, which gradually developed their own Cayman taste by adding the variety of spices, giving them an authentic flavour.

Seafood is predominant in Grand Cayman, especially fish. It is considered as the main ingredient for any Cayman dish by the natives, amongst which the most popular ones are Tuna, Snapper, Mackerel, and Mahi-mahi. If you have a soft corner in your heart for spicy food, then these delicacies make for a perfect choice as they are tossed in a tomato sauce along with peppers, onions and other spices giving it a savoury taste.

Grand Cayman restaurants comprise of some of the indigenous fish based delicacies that are considered as the best food in the Cayman Islands which include cuisines like - Red snapper, Mahi-mahi Filet, Salmon fillet, Salmon Wrap and Mango barbeque rum glazed Salmon. If you are a tourist and it is your first visit here, then these dishes must make it to your list of things to try in Grand Cayman. 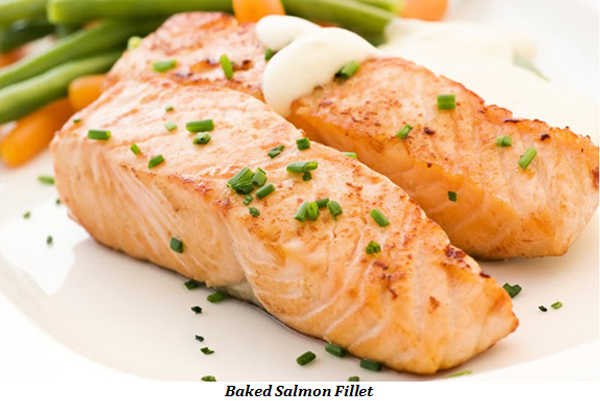 Why should you choose fish cuisines?

You might think that eating fish is a sinful pleasure, but the case is quite the contrary. Even though it delights your taste-buds, it is considered equally healthy as against the notion that delicious food is never healthy and vice versa. There are plenty of health benefits that it offers. The fish has a reputation for being called the brain food, as it is high in nutrients and low in calories, which is true. It is beneficial for hair and skin, reduces the risk of Alzheimer's and prevents heart diseases. A research indicates that eating fish only once or twice in a week can be enough to avail its benefits. Also, the fish is the essential source of proteins for most of the locals, and hence, is consumed during any time of the day. Be it lunch, dinner or even breakfast.

When savouring these cuisines, it is best to complement them with the best wine and serene ambience that is close to nature, which is offered by some of the best restaurants in the Cayman Islands. Because, nothing can beat the happiness that one receives with the attractively garnished food, a peaceful surrounding complemented with wine. Literally! Food and hospitality of the Cayman Islands are two things to look out for when visiting the place. The Cayman Islands are almost synonymous to the wonderland for a gourmet. What’s more? The restaurants serving such appetizing food are located pretty near to the adventure spots, saving your traveling time to engage in some fun activity.