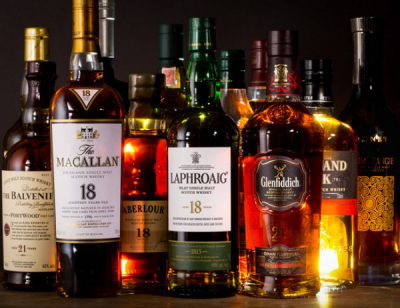 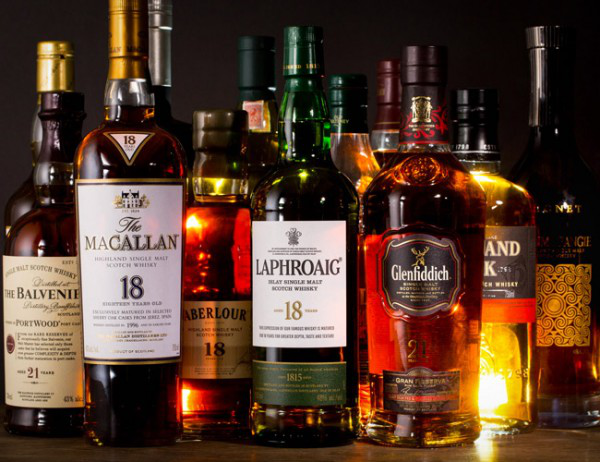 Scotch whisky pairs wonderfully with all sorts of food, from appetizers to the main course to desserts, and there’s a dram of Scotland’s most famous export to go with every dish.

Whisky has always been seen and marketed as a powerful, masculine spirit, one that will overwhelm any food or drink it’s paired with. Scotch whisky, more than its Irish or American whiskey cousins, has a reputation for being a big, flavourful beast, best savoured on its own or with a little water or ice. But whisky actually pairs wonderfully with all sorts of food, from appetizers to desserts via main courses, and there’s a dram of Scotland’s most famous export to go with every dish.

You don’t have to be a whisky snob to enjoy pairing the best seafood or dessert on the Wharf’s menu with Scotland’s finest export, but it helps to know the basic flavor characteristics of Scotches and which foods they complement. Of the five Scotch-making regions in Scotland, Speyside produces some of the biggest brands, including Glenfiddich, Glenlivet, and The Macallan.  Highlands, Lowlands, Islay, and Campbeltown regions produce their own distinctive Scotches with many differences between the regions and the individual distilleries.

As a rule, Lowland distilleries produce lighter, more floral whiskeys, while the Highlands are the home of rich, full-bodied ones. Islay is where we get the famous smoky, peaty intensity that can hold its own admirably, even when paired with marinated and barbecued meats.

As a general rule of thumb, look for a pairing of a light whisky with seafood, as well as spicy dishes like curries. Here at the Wharf, one of the most famous Cayman Islands seafood restaurants, the menu is your playground.

High protein dishes, such as steak, go best with medium whiskeys, and heavy, hearty dishes with high-fat content are best accompanied by something full-bodied with a lot of character. Desserts, especially anything with chocolate, become an even more decadent flavor bomb when paired with something like a rich Highland single malt with caramel and honey notes.

The idea is to pair food with whiskeys in a way that neither element dominates or overwhelms the flavors of the other. Instead, they should complement each other, creating a synergy, a “sum is greater than the parts” experience.

Smoked meat and fish go well with a smoky scotch whisky. But, as with many things in both life and cuisine, simplicity is usually the best approach: for example, don't overwhelm the taste buds with both a smoky whisky and a heavily spice-rubbed meat drowned in a pungent barbecue sauce. Grilled steaks pair very well with medium-bodied rich whiskeys, where deep and smoky flavors really work well with beef. The high alcohol content and the spiciness found in full-bodied whiskeys such as a flavorful single malt go well with rich and fatty dishes like meatloaf.

Pair a fresh crab dish with a dram of something from the windswept Isle of Islay, such as Caol Ila 18, a malty and thick Islay single malt where the ocean breezes convey notes of saltspray and kelp, contributing to the maritime theme and without extreme levels of peat. A light Lowland whisky beautifully complements lightly fried or grilled seafood or a subtle spice dish, imparting fresh, floral notes to our famous Cayman Islands cuisine.

For dessert, the world of scotch whisky really opens up. Here at the Wharf, those with a sweet tooth can happily try just about any chocolate dish with just about any scotch and the results will be a delight. The darker the chocolate, the more intense the experience. When there’s fruit for dessert, look for the tangy and the tart, such as apple or pear, to go well with whisky. Think apple crumble or apple pie paired with a light, sweet whisky. Perhaps avoid citrus fruits, particularly oranges, if you don’t want the fruit to overwhelm the flavor of the whisky.

Believe it or not, there are some people out there who don’t like chocolate or sticky, sweet desserts. They are the sort who gravitate to the cheese board at the end of a satisfying meal and, if they are a scotch drinker, know that this is a perfect match. Cheese and whisky both rely on age and a wide range of subtle flavors. A simple rule is to pair strong with strong and light with light: a smoky or spicy whisky such as Laphroaig needs a strong, aged cheddar or a cheese-like Roquefort, while lighter cheeses such as brie or a goat cheese pair very well with a light, fragrant and slightly sweet whisky, such as Glenmorangie.